A Complete Review on Atomos Shogun 7

The search for the perfect monitor and recorder for your videography and filmmaking needs is a long journey on its own. In fact, perfection itself is a rather hollow word to describe the need correctly. The film and video business is a hard stretch, but with the right tools in hand, it can certainly be made endurable.

The Atomos Shogun 7 is here to save you the trouble. Being a multi-purpose tool to suit your various needs, it is a charming addition to the Atomos family. Keep reading to find out more about the fascinating gadget and its enticing specifications. 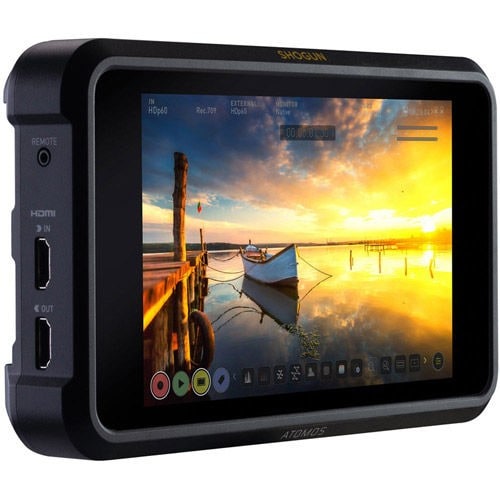 Part 1: What Does Atomos Shogun 7 Do?

The Atomos Shogun 7 is an entire world of ultra-quality graphics and motion pictures, all within 7 inches of screen. It is an HDR monitor recorder-switcher. The Shogun 7 is the ultimate all-in-one tool designed for professionals to be used for video production.

The Atomos Shogun 7 is a precision tool that is suited for multiple purposes for professionals associated with the film and video-making industry. One of its key benefits is that it instantly elevates the image or video captured to new levels of quality, HDR to be precise. Shogun 7 allows a 1920 x 1200 resolution display, along with 4K HDR video quality that is edit-ready at all instances.

Owing to its multi-purpose functionality and design, Shogun 7 can be used as a field monitor, a recorder, or a switcher. It can be used for small budgets, documentaries, short movies, or even for large-scale filming in TV and cinema. It is highly advantageous in professional fields where a constant video reference is required. 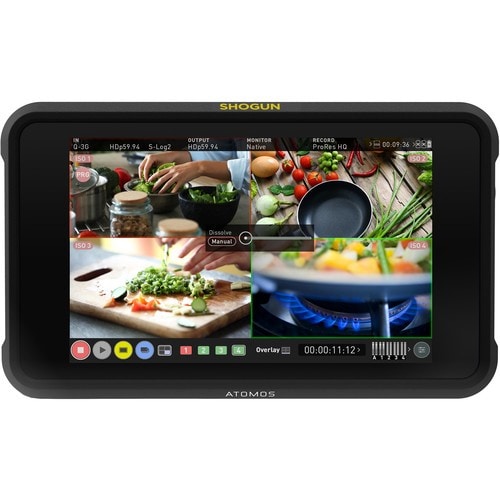 The portable size of Shogun 7 is also a benefit on its own. It comes in handy when on-set monitoring and analyzing of recordings is required. The screen is color calibrated and features edit-ready codecs. Its 12G-SDI monitor can take anything captured by HDMI or SDI and bring it to be new and rising levels of glory. Great finesse can be achieved in post-editing and finishing through Shogun 7.

Shogun 7 allows on-the-spot and instant playback. A frame-by-frame analysis of the captured video is also available, accessible for reviewing and editing. It also supports all kinds of formats, including RAW, and is supported by all cameras and shooting devices. Flexibility is one of the main aspects of Shogun 7. It allows the production of RAW and 4K HDR, even RAW, at high frame rates.

Atomos Shogun 7 is a monitor, recorder, and switcher built for multiple purposes. It features a 7 inches screen that allows a resolution of up to 1920 x 1200. It supports DCI 4K RAW and HDMI recordings and also 12/6/3G-SDI inputs and outputs. The contrast ratio is up to 1,000,000:1, and peak brightness can reach 3000nits. Shogun 7 is functional on multiple frequencies (48, 50, 60) and Dolby Vision. 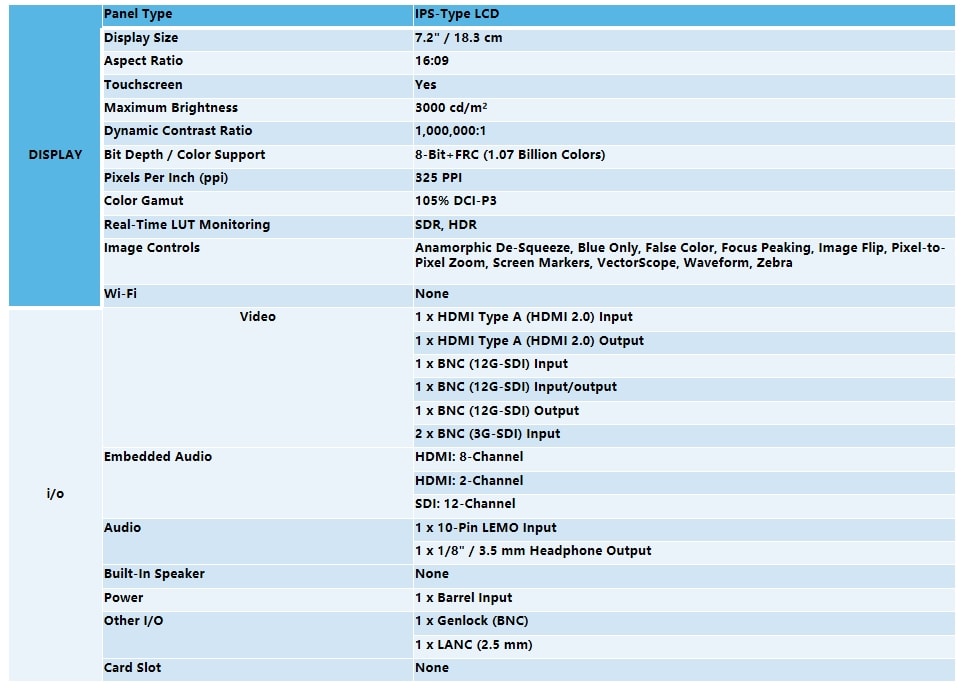 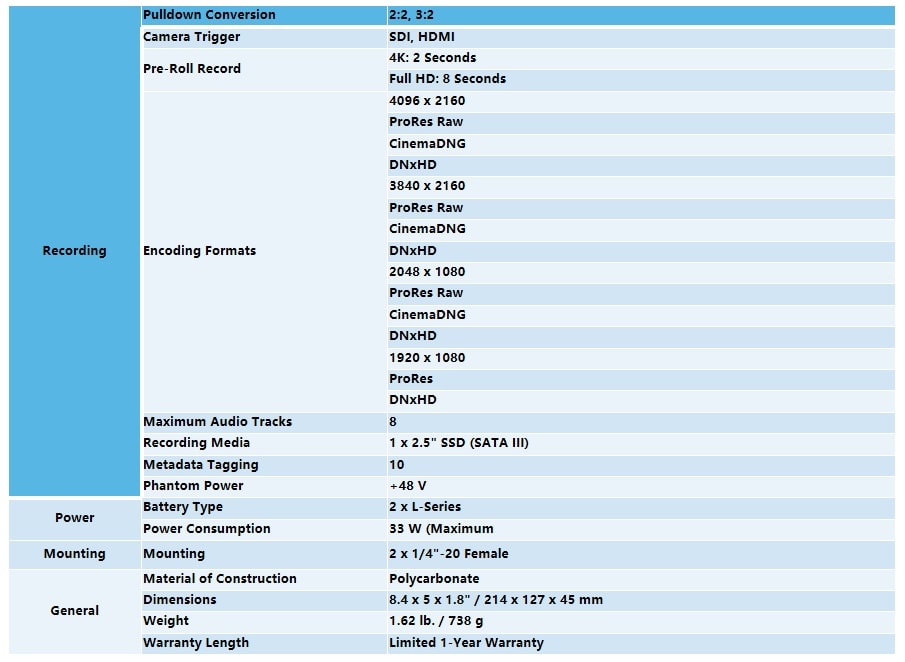 The Atomos Shogun 7 offers a number of beneficial features to its users, a few of which are listed below.

The all-in-one monitor, recorder, and switcher of Shogun 7 allows on-the-spot viewing and editing of captured videos and images. Even at times when you are out in the field and you need to preview the shot quickly, Shogun 7 will be there for you. Export your files anywhere and edit however you want to, in all file formats.

The Shogun 7 allows a 4K HDR quality and supports a resolution of 1920 x 1200. The 7 inches screen can transform any HDMI or SDI cameras to high levels. You can even capture RAW at a high frame rate of HDp240 and slow-motion videos at 2K up to 240p.

A high contrast ratio of 1000000:1 and a peak brightness of 3000nits adds a dynamic aspect to the media. It brings out the best in the images or frames, with many details and advanced visuals. Appealing visuals and gradients can be observed, which adds life to everything.

The Dolby Vision in Atomos Shogun 7 allows any HDMI or SDI camera and turn it into HDR. You can shoot in RAW and save it for post-production editing and reviewing. Also, playback and preview can be done anywhere, even on-set, due to its portable functions.

Shogun 7 requires simple functioning. All you need to do is to connect it to any HDMI or SDI camera and carry on with your shooting. The 3/6/12G-SDI in any combination is supported for capturing and conversion. No time is needed at all to get it running efficiently. 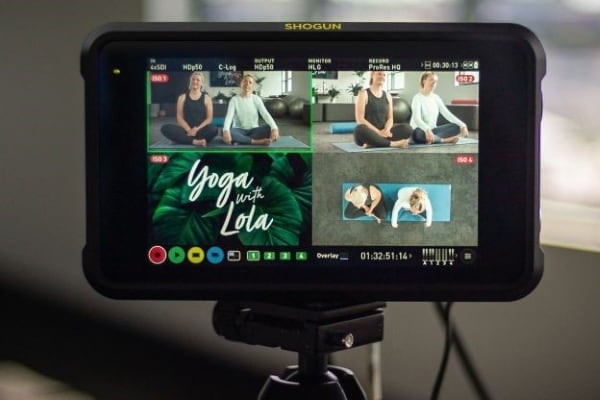 It's been a while since the Atomos Shogun 7 was introduced to the world. Even now, the three-in-one recorder, monitor, and switcher use some of the best and latest technologies available. Especially after its latest updates, some of the previously existing or somewhat lacking features of the tool have been greatly improved.

Shogun 7 has made filmmaking quite a delight. Fine quality cinematography can be achieved via it. It certainly has lived up to its reputation of delivering ultra 4K HDR quality in films and videos. Being supported on almost all cameras, including RED, Sony, Canon, and Arri, has served it well. Compatibility of formats is one of the key aspects to look at when video production is concerned, and Shogun 7 has delivered that.

The 7 inches screen of Shogun 7 is highly advantageous. From being the perfect size for preview to the perfect size for portability, this tool has it all. With a supported resolution of 1920 x 1200, the view certainly makes an impact on its viewers. The high contrast ratio and brightness add a great amount of charm and charisma to the shoot. 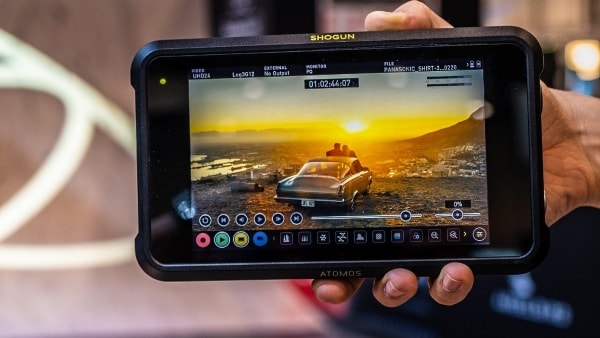 Shooting in RAW and 4K HDR directly and exporting the videos has never been easier. A wide range of frame rates is available. An additional audio input option is also available to save one the trouble of a separate audio recorder. A preview option is available anytime, and editing can be done anywhere.

A 4-input HD switching is available, along with SDI and HDMI input/output modes and a Dolby Vision. Dual battery slots are available with a high-performance life. Recording can be done in ProRes RAW, RAW, CinemaDNG, or DNxHD. The Atomos Shogun 7 has certainly lived up to its reputation, as well as it's heritage.

The Atomos Shogun Inferno is a predecessor of the Atomos Shogun 7. The release got people to think what the difference between the two is. Well, here is a detailed answer to that.

There are a few similarities between the two. They use the same SSD caddies, a 7-inch screen, and NP-F batteries. They both support ProRes RAW, CinemaDNG, and DNX. A Genlock (BNC) I/O is on both of them. But here is where they both differ. 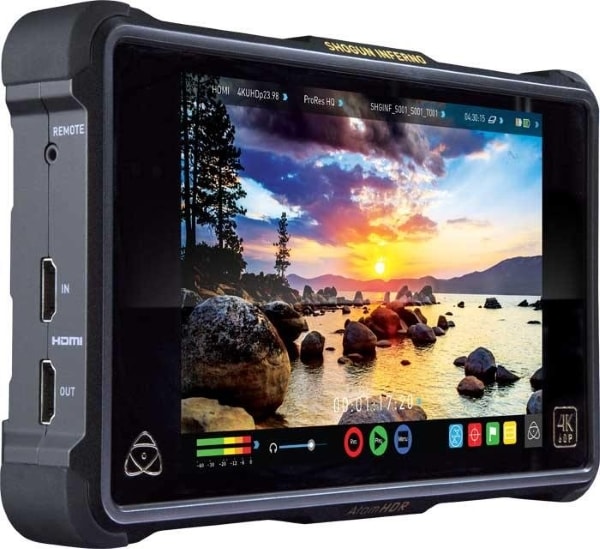 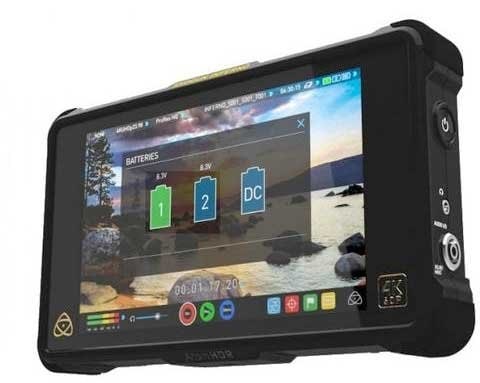 A great advantage of Shogun 7, which is lacking in Shogun Inferno, is the asynchronous multi-camera switching. This means that all four cameras over SDI or HDMI can operate and record four different feeds at 1080p. Users can switch anytime between the cameras and recording. This feature is activated with only a tap, making it highly useful and beneficial.

A common escapade that professionals from the film industry often face is the corruption of files. This can prove to be a complete nightmare in certain instances. Corruption of important data and files occurs more commonly than one ought to think, and it is certainly not a pleasant sight.

To save users from all of that trouble, various software and tools have been bestowed upon us to salvage our precious data files. A quite marvelous tool in this regard is the Wondershare Repairit Video Repair Tool. This program is specifically designed to repair corrupted data for you.

The program offers a number of benefits to its users. It features an attractive and easy-to-handle interface. Wondershare Repairit is operational on both Windows and Mac OS and supports a number of file formats. It also prides itself on a high recovery rate and cost-friendly service. Do give it a shot if you are looking to repair your corrupted files.

More relevant tips, you can click here to learn:

The platform of filmmaking and videography has developed progressively in recent years. Owing to the latest innovations in technology, high-quality videos are available in the palm of our hands or just a fingertip's touch away.

The Atomos Shogun 7 is the latest addition to these innovations, which has made HDR displays much more accessible. It can certainly prove to be a good choice for professionals in the industry. Do give it a chance to prove its worth.