The photography industry was started by people who were using and playing with lenses, and they made a camera. Now that simple camera has taken a huge turn. The new devices launched after every small interval of time have so many new and incredible features that the user cannot ignore.

In addition to the internally recorded footage, now the time has changed, and external devices are being attached to the camera to improve the footage quality. In the same way, the release of the new Atomos Ninja V 5 4k HDMI recording monitor has changed the world of photography and every photographer's life. The quality boost that it offers attracts the user. The article understudy will enlighten you more about Ninja V. 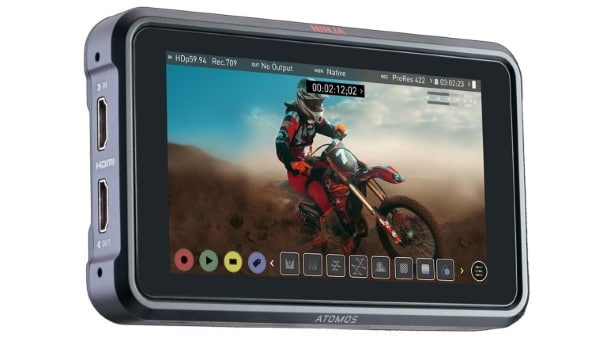 Part 1. What does Atomos Ninja V do?

Atomos Ninja V is the latest external monitor or recorder that promises the user the video's absolute best quality. This is the add-on recorder for digital cameras that open up more video features when recording to some memory card. Ninja V mounts on the camera and connects via HDMI. It unlocks the full potential of your camera.

It can offer 30fps to 60fps, depending on the specific camera in use. Many mirrorless cameras internally record using H.264 or H.265 compression. Ninja V Atomos uses higher quality codes with various levels of compression available. It gives the user the ability to adjust the level of compression ProRes, and you can choose between LT, HQ, and 422 formats.

Atomos Ninja V can also be used as a tool to review cameras. It allows you to learn how the autofocus system works in the field by recording the overlay information on the screen or letting you take screenshots of the menu.

Atomos Ninja V 5 4k HDMI recording monitor can capture small and minute details and provide the user with the best result quality; for example, it can even detect an animal's eye. A video recorded at higher quality has better-looking footage that eventually has less visible compression artifacts. 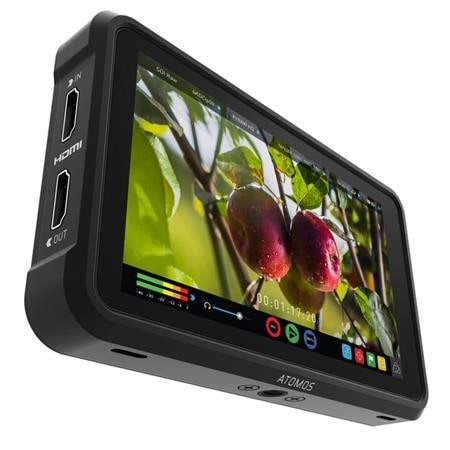 Atomos Ninja V is a 5" on-camera recorder/monitor that records and plays back up to DCI 4K, UHD 4K, and HD videos for purpose-built mini SSDs. Ninja V features an aluminum chassis and powers from a single L-series battery to withstand the rigors of production.

A 10bit FRC IPS screen has a brightness of 1000 cd/m, making it suitable for internal and external conditions. Also, the AtomHDR display technology allows you to monitor the log gamma footage. 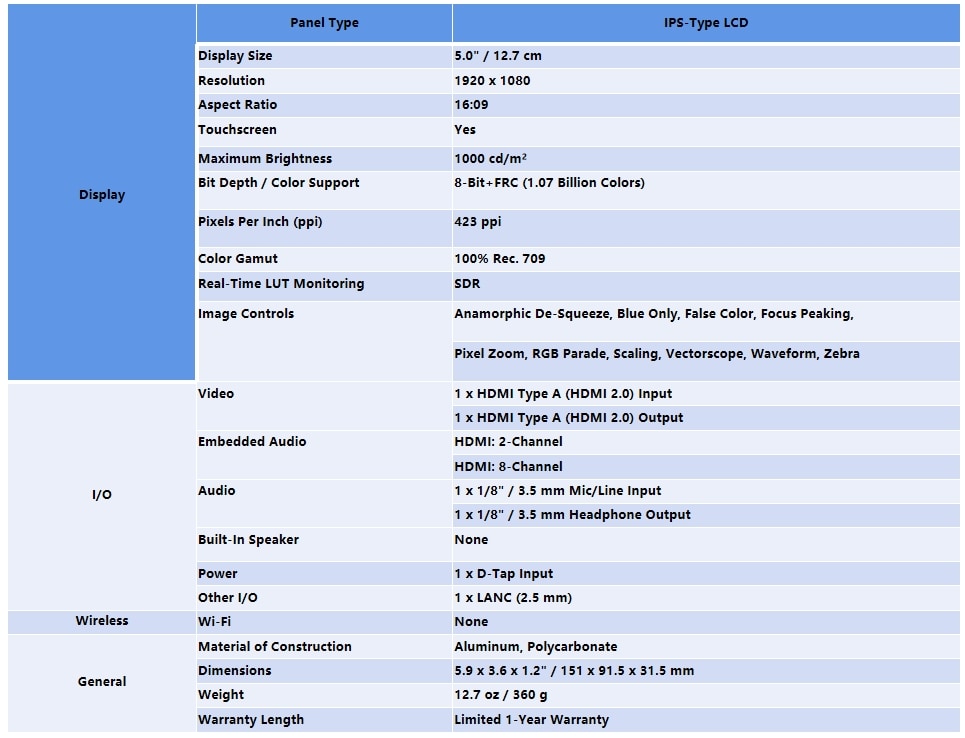 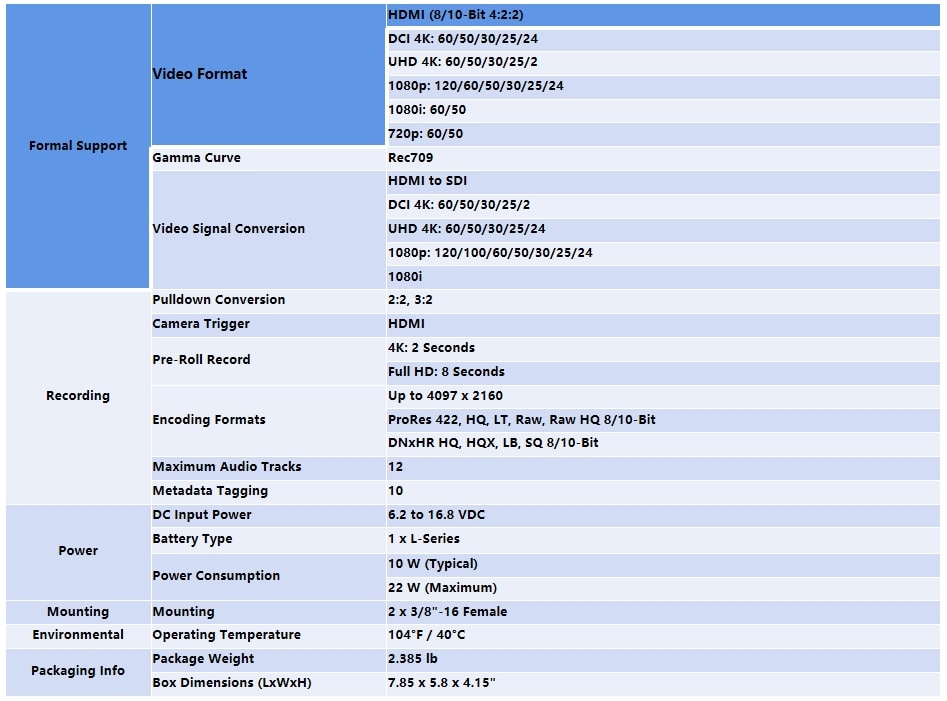 Generally, if something is new, they don't risk using it unless they get good reviews about it, but have you ever noticed that something that has brilliant features could attract users without even any reviews. Ninja Atomos V has the same case. 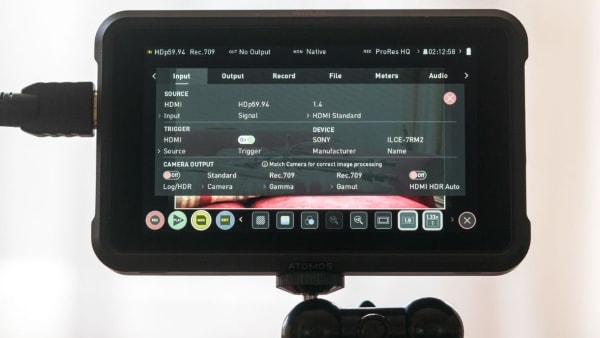 The add-on monitor has some brilliant features that cannot be ignored, and thus, the user gets attracted to the recorder. Talking about its features, let's openly discuss them.

Users can record a video that is up to 4Kp60 10-bit HDR directly from the user's camera sensor over HDMI 2.0. On affordable SSD drives, it can store edit-ready ProRes or DNxHR and bypass the camera's internal compression and record time limits.

The 1TB AtomX mini-SSD allows the user to work for 2.5hours with 4K recording. The SSDmini is very tiny, over ¼ Inches tall and 3" long. Amazingly, it is also 20% shorter than other SSDs. The slimline SSDs are a true innovation as they are compatible with previous Atomos drives by just adding a clever extension handle.

Not just for the purpose of recording but for viewing as well, Atomos Ninja V has proved itself as the best monitor in today's world. It does not matter if the production is large or small; everyone needs high-quality viewing.

Audio can be added directly from the camera digitally via HDMI, or else, it can also be fed in analog via a stereo 3.5mm line or mic socket.

Ever given a thought to record your gaming skills? If not, consider this a great chance and show off your skills to the world by using the most stunning video recorder ever built.

Just place your Ninja V in-between your TV and unit, and you can record for hours to SSD drives. 4Kp60 or HDp240 Game Recording now just became so simple and so much fun from the HDMI gaming unit.

The sleek 1" aluminum body of Atomos Ninja V weighs just 11oz. It is crafted for maximum durability and can easily attach to any camera rig. The bright and stunning 5.2 inches 10-bit HDR monitor has an astounding 1000nits of output.

An extraordinary feature of Ninja V is its capability that it can record high-resolution footage of 4K in DCI or UHD formats up to 60 fps. A variety of bit rates are available to fit the project and storage needs.

If the footage is more film-like aesthetic, then it can have 24 and 25 fps. All recordings are stored as high-quality Apple ProRes or Avid DNxHR files with a 10-bit chroma subsampling.

The stunning add-on monitor has a massive range of features that facilitate the user amazingly. The latest video recorder has proved itself very useful and beneficial to users within a small span of time. Talking about its performance, Atomos Ninja V has allowed its user to unlock uncompressed video to 10 bit of color depth depending on the camera in use.

For example, for a camera like Nikon Z7, Atomos Ninja V is almost essential so that it can unlock the full video performance of the camera.

Atomos Ninja V 5 4k HDMI recording monitor performs really well, and it does an excellent job of staying cool. For this reason, if the user ever plans to mount a mic, then he should know that the fan runs pretty loud. So, remember this and do not mount your microphone near the fan. 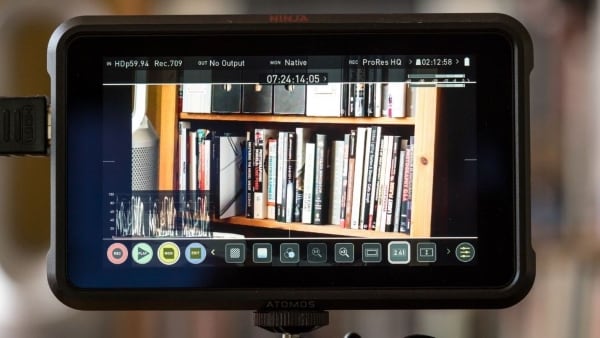 Atomos Ninja V offers a huge benefit because the output via HDMI can be 4:2:2 in 8 or 10-bit, whereas other cameras record 4:2:0 in 8-bit internally. This gives a lot more color information and is very beneficial for the user if they are shooting Log footage to maximize dynamic range.

No doubt, the file size increases compared to the standard footage recorded internally, but the results are worth it. The price you pay for the Ninja V recorder will be returned in terms of your satisfaction as the boost in the quality will amaze you. Much ease can be achieved in changing white balance, altering colors, rescuing highlights and shadows from the ProRes files.

Another fantastic performance factor about Atomos Ninja V is that it allows a large dynamic range to be viewed on the monitor, and for this reason, it works as an ideal HDR monitor. Also, the LUT support means that the user can either view what the finished footage will look like, or else the user can also bake it in or even apply a look to the footage.

Ninja V is a five-inch powerhouse with all different codes and LUTs. Whereas, in Atomos Shogun Flame, you get a standard HDMI and SDI in and out. Shogun Flame has higher bandwidth which makes it ideal for RAW input signals. For Ninja V, its best part is that it can be attached to any DSLR without the fear of it falling off. 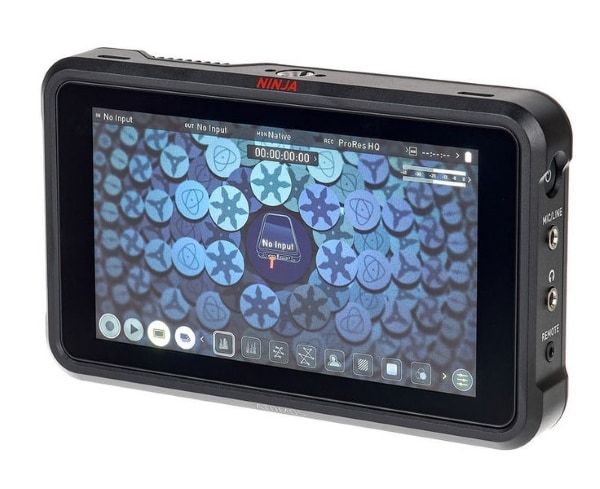 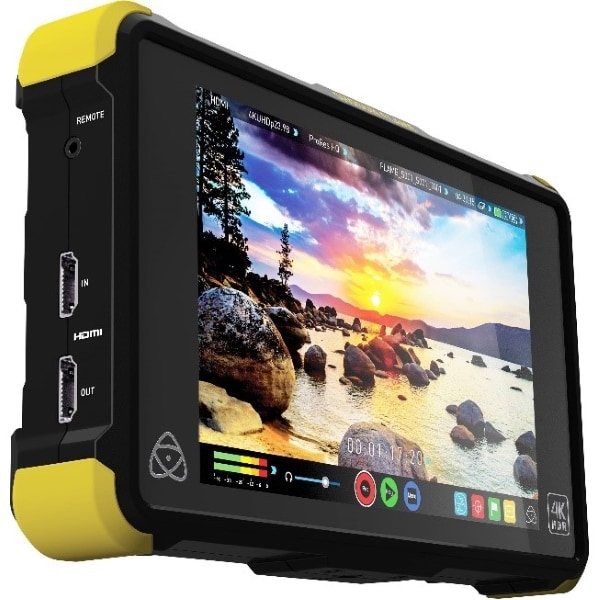 Using the best digital camera and the latest add-on monitor to get the most accurate and flawless footage quality does not always promise to give what you want. Sometimes, it can be seen that footage that is recorded from the best devices is corrupted or damaged.

You try to play a video, but it is unplayable because it is damaged. What can a person do if this happens? The expensive devices and other add-ons are useless to that person. In such a condition, the user is a video repair tool called the Wondershare Repairit Video Repair Tool.

The tool requires the least effort from the user as it has an easy 3-step process to repair a damaged video. The corrupted video becomes new as gold within few minutes and some steps. It can fix a wide spectrum of video errors. The tool guarantees security as only the user can access the uploaded or local files.

More relevant knowledge, you can click here to check:

Maximum information regarding Atomos Ninja V has been discussed with the aim that its incredible features are not hidden from the world, and the user can learn more about it.