One of the frustrating experiences for any photographer is getting underexposed images. It makes the photo vague and unattractive and hides some crucial details. But luckily, this photo doesn't need to go to the trash folder. Instead, we have scoured the internet and come up with some reliable solutions to fix photo underexposed issue in an instant.

Please give it a thorough read and find out which method comes up with your expectation. Don’t forget we also have a bonus software that can enhance any underexposed image with just one click.

Part 1: The Reasons Why Are Photos Underexposed

Before moving forward, it's essential to understand why you're getting an underexposed image. Underexposure is a lack of light in pictures. That is when a photo appears gloomy or too dark than it should be, or its important detail is hidden in the shadow parts.

Underexposure is due mainly to issues in camera settings or human error, but many other factors also sometimes come into play. Below are the three common culprits of underexposed photography.

Arguably the most evident yet the most common reason for getting dark images. Sometimes, the environment doesn't simply have enough light, or the light is constantly changing.

It requires you to change the camera settings like exposure to compensate for the imbalanced light. But chances of making an error while tweaking settings quickly are high, resulting in underexposed images.

Flash settings of a camera can also result in underexposed images. For instance, the photo can be gloomy if your camera's shutter speed is too fast for the flash to keep up. Similarly, at times the flash doesn't go off, resulting in photo underexposed/.

Also, check if your flash setting is relatively lower, which has a high chance of affecting the photo.

Another top reason for poor dark images is the metering mode on your camera. It happens when the image background is too dark or too bright, making it hard for the camera sensor to read details. Thus, even with proper flash settings, you may end up getting underexposed images. 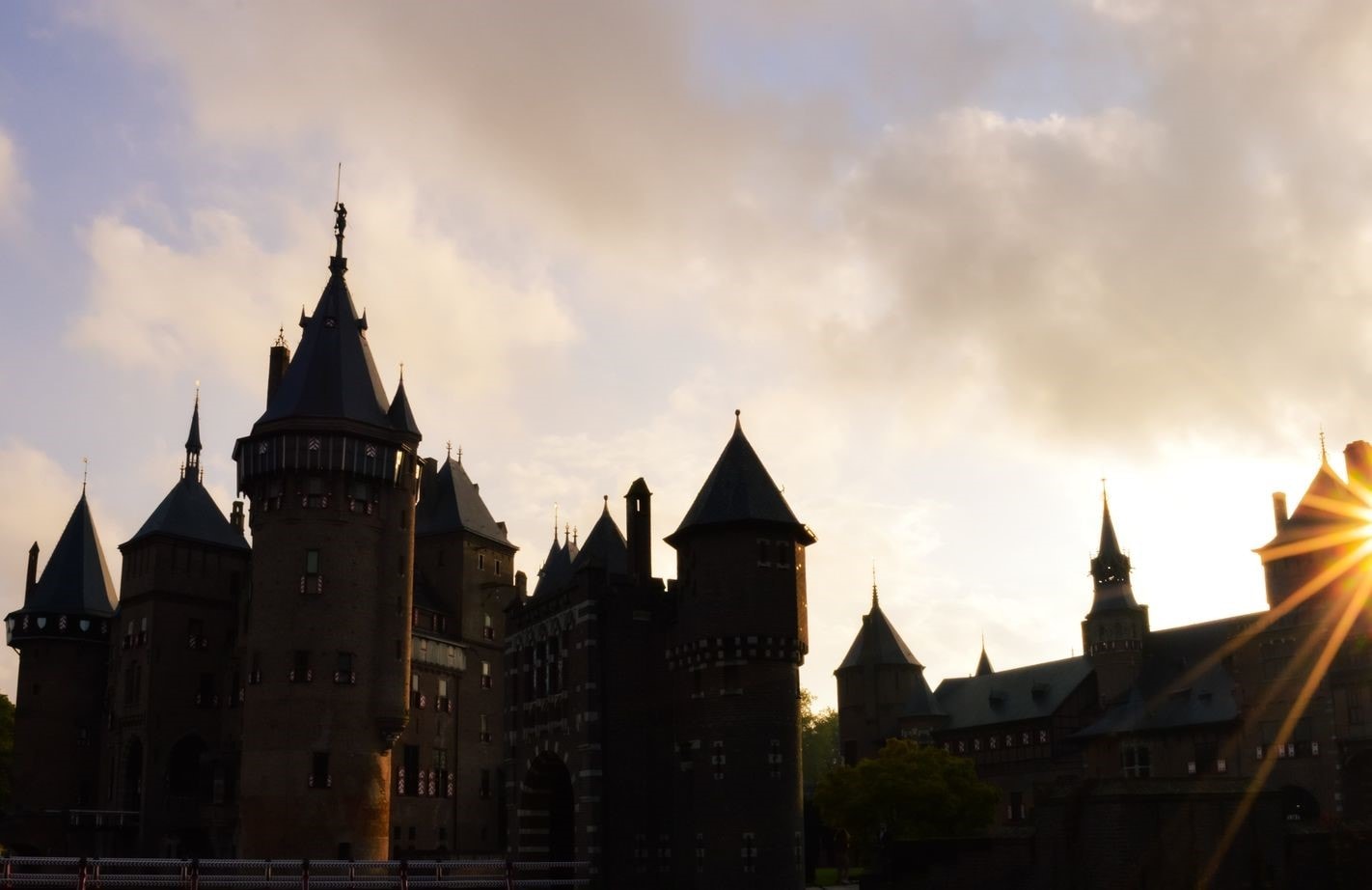 Part 2: How to Fix Underexposed Photos in Photoshop?

Photoshop is still the industry standard for photo editing. It comes loaded with many tools to let you fix the unexposed image and enhance its clarity and brightness. What's best about this program is that it offers several ways to improve an image's overall quality and make it more transparent.

Adobe Photoshop might be too expensive, but it can transform even ordinary images into extraordinary ones. You can adjust skin tone, customize the background, add or remove blurs, remove red eyes, whiten teeth, and perform many other editing tools to enhance an image.

Want to find out how to fix underexposed photos in Photoshop? Here are some valuable instructions you need to follow:

Step 1: Install and set up Adobe Photoshop on your PC, and import the image you want to fix.

Step 2: Go to the Adjustment Layer at the bottom of the Layers palette.

Next, ensure the Preview box is checked and adjust both sliders until you’re satisfied with the image’s quality. 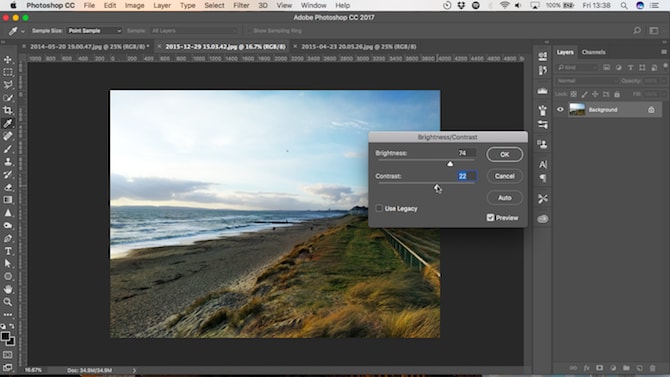 Step 4: Click on Shadows/Highlights and move the sliders one by one to adjust the image’s sharpness accordingly. 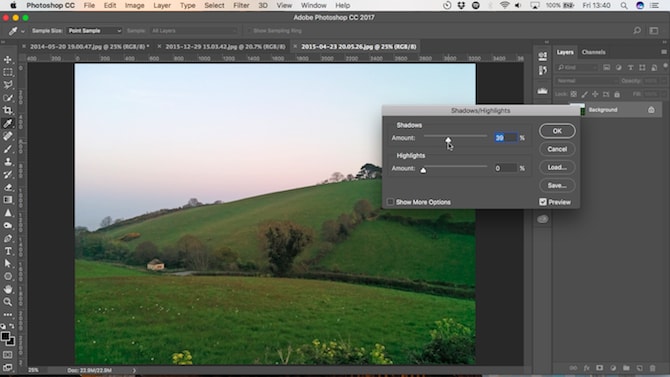 Drag the middle slider to the left to brighten your image, then tweak other sliders according to your requirements. 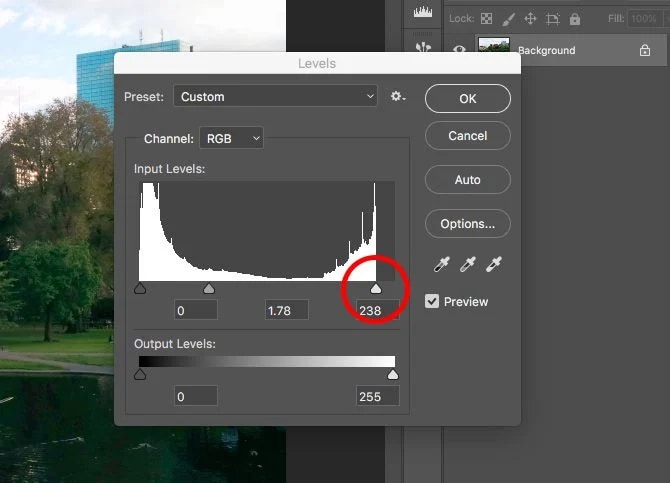 Step 6: Go to the Blend modes in the Adjustment Layers.

This mode can make the image much brighter and clearer. Experiment with Blending settings to fix your image as much as possible. 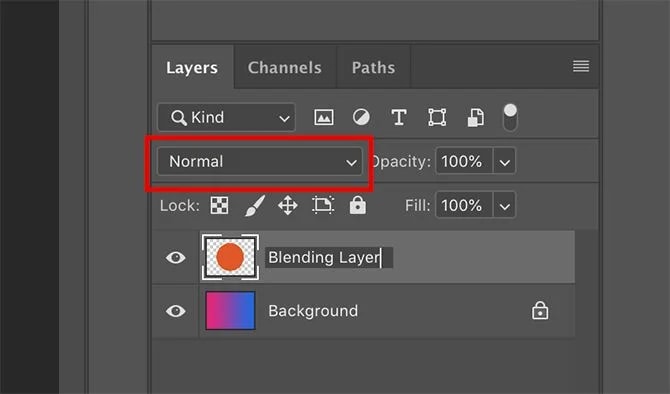 As excellent and versatile this program is, it doesn't offer any plan to purchase the app. Instead, users need to pay for it monthly, and not to mention. It is among the most expensive editing tools of 2022. Plus, its interface is quite tech-savvy, and it's common to spend several hours getting acquainted with it.

Wondershare Repairit is an effective program that guarantees to fix any gloomy image with a single click. It has one of the most advanced repair algorithms that automatically detect and fix issues in an image.

Wondershare Repairit is an effective program that guarantees to fix any gloomy image with a single click. It has one of the most advanced repair algorithms that automatically detect and fix issues in an image. ot only an underexposed photo, but a damaged/corrupt image of any format is easily repaired by this feature-rich tool. No matter how badly corrupt the image is or if it is missing any bytes or color, Repairit can bring it back to life in no time. Plus, it works on inaccessible or unreadable images and repairs them effortlessly.

Follow the below instructions to repair underexposed images using Repairit:

Step 1: Install and run Wondershare Repairit on your PC.

Select Photo Repair on the left tab, then click on Add to import your underexposed photos.

Step 2: Click on Repair and wait until Repairit fixes your images.

Step 3: Preview and save the repaired photos.

If the fixed photo quality doesn't meet your expectation, try the "Advanced Repair" function, just need to upload a a sample photo that has the same format as the underexposed one. See the detailed guide for "Advanced Photo Repair".

Part 4: How to Prevent Photos from Underexposure?

Undoubtedly, no photographer would ever want to take a bit to dark or gloomy photos. So check out the below tips that you should keep in mind to avoid getting an underexposed image.

The ISO number on your camera determines the sensitivity of its senor to light. A high ISO number on a sunny day often overexposes the image.

So, adjust the ISO number depending on where and when you’re shooting. For instance, it’s an excellent option to set ISO 100 on a sunny day, ISO 400 on a cloudy day, and ISO 800 when shooting indoors. On the other hand, if the environment is quite dark, then go for ISO 1600+.

The shutter speed determines how the camera shutter opens and exposes light onto its sensor. A too fast shutter speed increases the chances of overexposing the image. Anything around 1/60 is an excellent place to start, but your environmental conditions greatly influence the shutter speed.

Similarly, if the aperture or f-stop is too low, it can let in too much light and overexpose the photo. Go with a medium aperture around f/8 and adjust it from there.

As the name indicates, this device automatically detects and determines the best exposure for an image. Most advanced cameras have a built-in light meter. But you can always buy one if your camera doesn't have it.