Do you want to click captivating shots, but are encountering unwanted issues with your images like blurs, underexposure, or overexposure? Don't worry, here we can help you! Click 'Check Now' to check the photo repair complete guide!

There are times when your camera is simply confused by the lighting, or you might have tweaked the setting previously. Whatever it is, you now have an underexposed photo, and you don't know what to do. When your pictures are underexposed, it doesn't translate to having to get rid of them. You can take a couple of crucial actions to fix underexposed photos and have your photos looking good again. This article covers what it means for your photo to be exposed and the different solutions to your underexposed photos. We'll also be reviewing how to avoid underexposure when shooting pictures. Now that you're aware of what this article covers, let's begin.

Part 1. What Is an Underexposed Photo and Why?

One of the reasons you might be experiencing underexposed photos is the wrong exposure when shooting. Sometimes, the lighting changes in your environment, and you have to compensate for it through your camera setting. Also, when you tweak your settings, it is unfavorable to your scene, which leads to underexposed photos. It could be an error you're not aware of. However, when your pictures are underexposed, you should first check your exposure settings.

Flash settings generally tend to make pictures dack. There are moments when the shutter speed is too fast for the flash to keep up, or your flash simply didn't go off. It could be a pop-up flash or even an on-camera flash. If the former is the case, then it has a high chance of affecting your image. Your flash setting could also be relatively low, which is a top reason for underexposed images.

Even if the flash and the exposure setting are correct, you could still get dark photos because of your metering mode. If the image background is too dark or too bright, it could be hard for the camera sensor to read. This situation could lead to incorrect reading and, therefore, an underexposed photo. If you check your exposure setting and your flash setting and everything seems okay, then the problem might just be with your metering mode.

Part 2. How to Fix Underexposed Photos?

Underexposed photos will always look odd until you take the necessary steps to fix them. We've carried out research, and we discovered some efficient tools you can use to correct the flaw. Below are some tools to fix underexposed photos today and have your photos looking great. 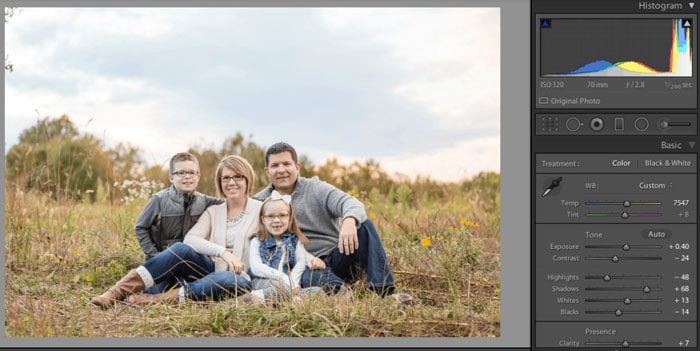 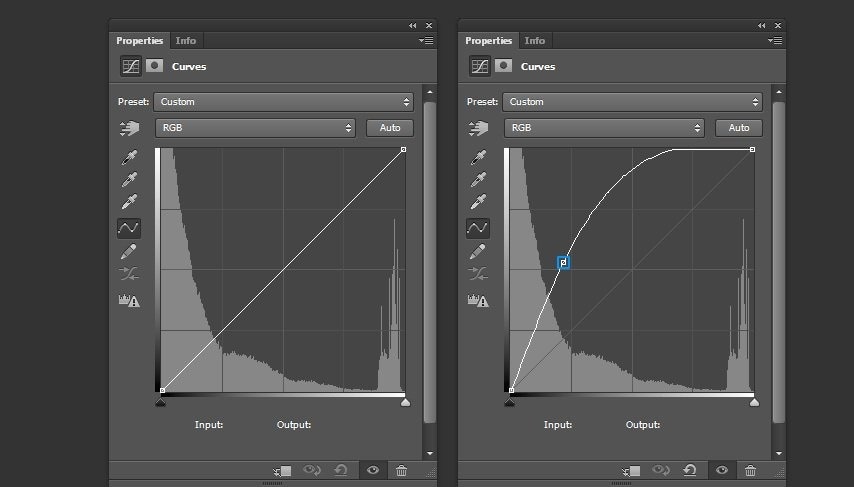 Once you're satisfied with the tools and their effect on the underexposed picture, save the photo on your PC. By the way, lightroon can also fix grainy photos.

Another popular tool you can use in brightening your underexposed photo in Photoshop. When you shoot in contrasting scenes, the darker areas tend to appear underexposed, and you can fix this with the shadow and highlight tool on Photoshop. Below are the steps to get it done. 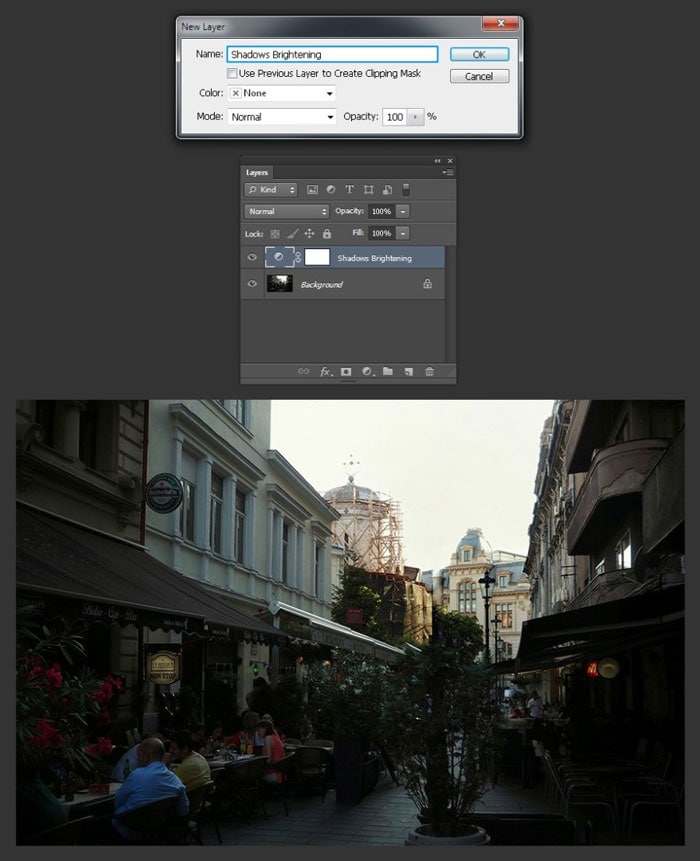 On the Levels screen is the histogram, which features three sliders beneath it. The middle slider deals with the mid-tones. Drag the middle slider to the left if you want to brighten the picture.

Once you're satisfied with the tools' effect on your photo, save the picture, and the process is complete. Photoshop has such powerful functions, which can fix psd files, jpeg color change, etc.

Snapseed is a popular photo editor app in the market today. Many people use it because it comes with many filters, tools, and features you can utilize for your pictures. One of its many qualities is the ability to fix underexposed photos. Unlike Photoshop and Lightroom, you can use Snapseed to brighten underexposed images on your smartphone or tablet. It is also entirely free to install and quite simple in its process. Below, we'll be exploring the process of fixing underexposed photos with lightroom; let's take a look. 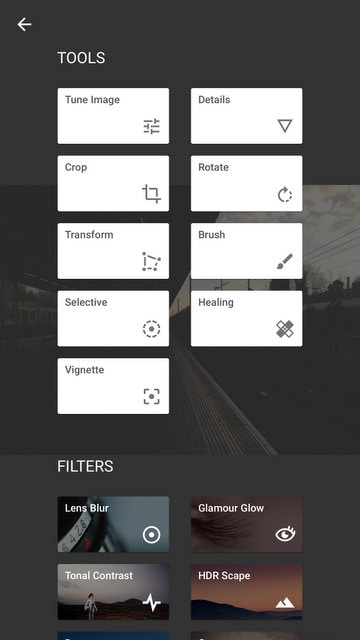 This option features many tools to edit your underexposed photo like brightness, contrast, ambiance, shadow, saturation, warmth, and highlights. Click on the shadow tool to select it. The shadow tool focuses on the dark parts of your photo and brightens it.

Next, you will need to swipe left or right slowly on the photo. When you swipe left, you're minimizing the effect, while swiping right maximizes the impact. 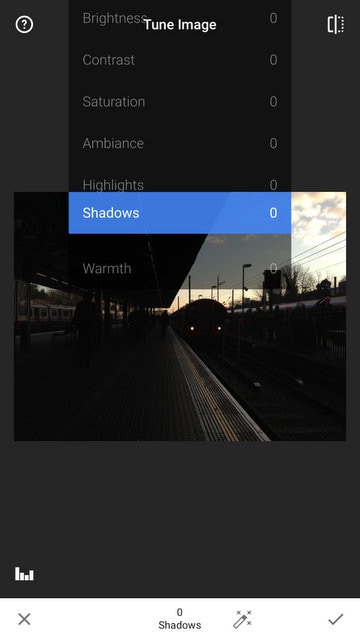 Alternatively, you can use the auto-adjust button, which automatically works on the areas of the photo the app predicts needs some touchup. You can also use the Glamour Glow if your image has a face to it. This feature lightens up the face on the photo and makes it prominent in the photo.

Add light to the subject

The best way to add light to the subject is with your flash. It could be an external flash or the inbuilt one to your camera. You can also utilize a large white reflector, but that could be stressful. Alternatively, try shooting in a well-lit area to avoid underexposed photos.

You get to decide how much light your camera needs to get exposure. One way to do this is by setting the ISO number higher, so the camera sensor is more sensitive to light. Ensure you don't alter any other setting, and this will prevent underexposure in your photos. The downside to this is the possibility of a decline in sharpness. You might also notice an increase in digital noise.

The lens aperture is like a window to your camera. The wider it opens, the more light gets into your camera and brightens up the scene. You can change the aperture opening of your camera, but you can't do this on auto mode. You have to switch to aperture priority mode to get it done, and it will prevent underexposure in your photos.

There's a feature in your camera setting that allows you to override the exposure setting. It is either located on the LCD screen on the camera's back or somewhere else. You can check the manual that comes with your camera for a guide on how to get it done. 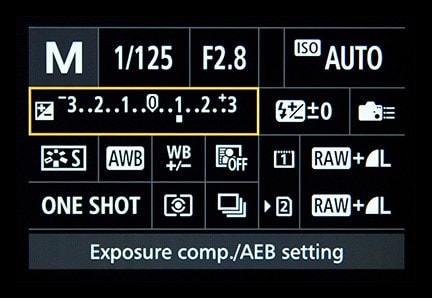 What if my photos get corrupted – try Wondershare Repairit

Getting an underexposed photo is not the only problem you can face with your photos. There are times when your photos simply become damaged and won't open anymore. Sometimes, your photos get corrupted, and they're precious photos you don't want to delete. What if I informed you that you don't have to lose another picture again?

The Wondershre Repairit makes it easy to fix corrupted or damaged photos. The entire process takes some minutes and doesn't require you to download an app to access it. It also consumes very little storage space and is highly recommended for its speed in fixing images. Wondershare Repairit even features an advanced repair tool for photos that are severely damaged or corrupted. This tool works effectively on Windows and Mac, so you don't have to worry about compatibility. Follow the process outlined below to fix corrupted photos with Wondershare Repairit.

To get started, visit the Wondershare Repairit official platform to begin the process. You would see an 'add file' button along with an icon; click on it.

Secondly, you can then chose the photos you would like to repair. Wondershare Repairit allows you to fix multiple photos simultaneously so you can select several corrupted photos. Once you've selected the files, click on the 'Repair' button at the end of the page to begin the repair process on your photos.

Thirdly, once the repair is complete, you can view your files before saving them. If there are damaged files that did not repair in the process, you can hit on advanced repair to fix them immediately. When files are all fixed, click on save photos and choose the location for your files.

That's all you have to do! The process is complete, and your photos are now free of corruption and damage. You can fix as many photos as you want with the Wondershare Repairit tool.

Photos are pretty important, and no one wants to lose vital photos because of exposure. This technical factor is something everyone needs to learn. Exposure is an integral part of photography and determines how dark or light tones interact in your photo. It is an issue in photography generally, but you can get it fixed anytime with the tools explained above. We've also shared the causes of underexposure and vital steps you can take to minimize underexposure in your photos. Also, you can use the Wondershare Repairit tool to repair your corrupted photos at all times. The tool is fast, safe, and doesn't consume any storage space to use.