Everything About GoPro Video File Format

Planning an adventure trip but don't know how to capture every moment? The GoPro camera is a one-stop-shop that will surely help you take every photo of your epic experience. In addition, GoPro's are extremely durable and incredibly easy to use, whether scaling the biggest mountain or speeding over rough terrain on your mountain bike.

However, you should be aware of one aspect of the GoPro camera: the video file format. Depending on your GoPro model, you may need to convert your video format to ensure your footage's quality stays the same.

If you have no idea what the GoPro video file format is, this comprehensive guide is for you! In this article, we will tell you everything you need to know about the GoPro file format.

Part 1: What Video Format Does GoPro Use?

All GoPro uses and MP4 video format type. In addition, GoPro cameras create two other types of files, including LRV and THM. In short, the folder format is based on the GoPro camera type you are using for filming. But there are common GoPro models available in the market that use the Advanced Video Coding (AVC) format video codec to record movies.

GoPro cameras also use the video codec in (High-Efficiency Video Coding) format. As a result, the images captured in these cameras are generally in 4K resolution and at a higher frame rate.

But the foremost issue that users tend to face when editing or viewing GoPro video in the format, which does not function well on outdated devices. Moreover, they are more challenging to edit if users want to incorporate visual effects or add audio narration. It can also make it difficult to trim even when you're engaged in basic editing. That is why it is often better to work with the MP4 file format, which uses AVC.

Part 2: What Is the GoPro GPR File?

The GPR file format is an extension based on Adobe's widely used DNG format. It is compressed for faster file storage and small size without affecting photo quality, which means when shooting in GRP format, you will get better picture quality. In addition, it has the particularity of recording all the data and gives the sensor more latitude in processing to control aspects.

GoPro GPR file is much larger than JPEG due to the amount of data available; having all that extra data allows you to make all the adjustments afterward. There is nothing wrong with your settings, and if you try to convert these files to another image format, the size will be increased. It is an advanced feature that GoPro offers that you should take advantage of.

But keep in mind that you cannot share a GPR file with someone else or upload it to most online services; for that, you need to import the .gpr files into an image editing app. which can work with RAW files.

GoPro WAV files are lossless, uncompressed raw audio format, which means that it does not lose any quality compared to the original recording. It uses containers to store audio data, sample rates, and bit rates. They work by using an audio signal and transforming it into binary data. 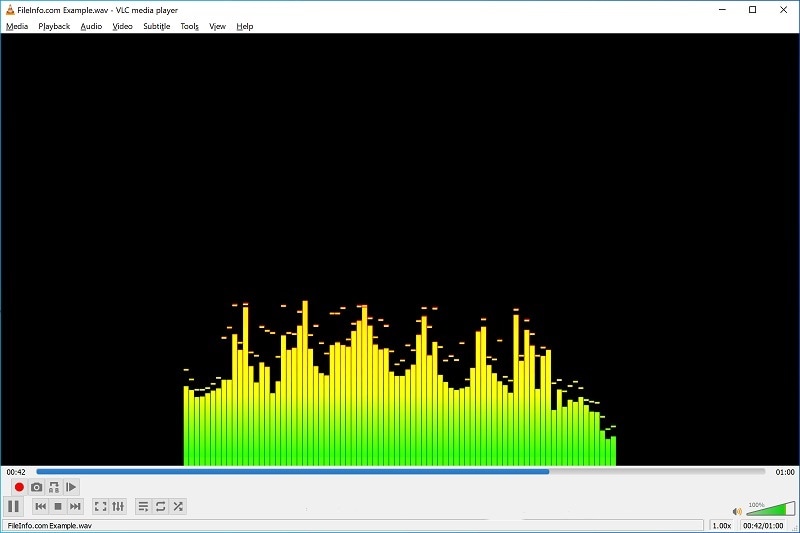 WAV files are limited to 4 GB because they have a 32-bit file size header. Besides that, since the audio is uncompressed, the files are large and take up much space. So if the audio is put on a quiet disk player, it can cause buffering issues.

THM File in GoPro is an image file format for thumbnails. Images are scaled down to 160 x 120 pixels for navigation purposes, typically because they are easier to view and take less time to load. You will find that the image of the THM file is usually taken from the first frame of the video. Even the name of the GoPro THM file is the same as that of the corresponding video file. 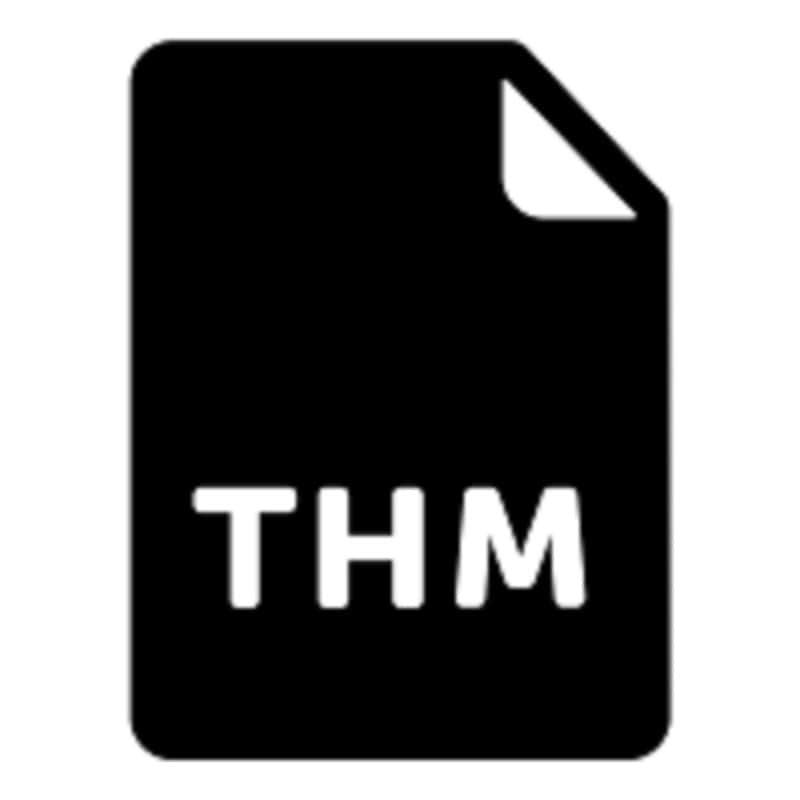 The main purpose of creating the THM file is to identify the video file by displaying its thumbnail quickly. THM files can be seen by most image previewing or editing programs on Mac and PC.

Also, it is a small image file that takes up less space and loads quickly on any device, app, or website. These files also contain the metadata information and camera settings of photo and video recording.

THM files are automatically created and saved in your camera's internal memory or an external SD card.

When you import these videos from the camera to a PC, Mac, or external storage system, the respective thumbnails can be transferred to the computer. In addition, you can find metadata information in these THM files.

GoPro LRV File extension is the abbreviation for the low-resolution video, worked as a video show in GoPro camera and created in MPEG-4 video format.

This file is not a bug, but it is generated when you play the video on the GoPro mobile app. LRV video is recorded at a rate of 240p at 29.97 per second frames, regardless of the camera's settings. Apart from this, the size of the LRV file depends on how large your GoPro video file is, but roughly it is 5% of the original MP4. 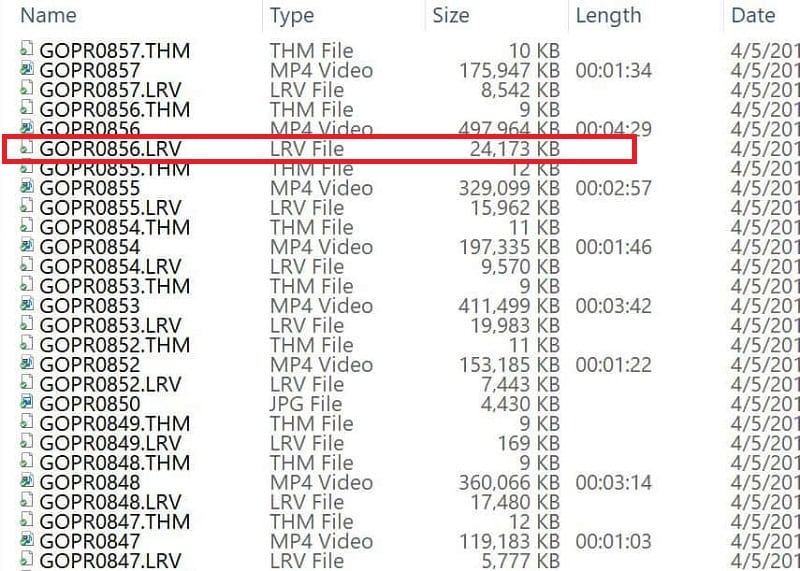 But why should you use the GoPro lrv file rather than the MP4 file? The answer is that the original MP4 video you shoot on GoPro has a large file size, while LRV files have a low resolution with a small file size. So, this is the best choice for using LRV files, and they offer faster playback in the GoPro app.

For instance, if you shot a video with a GoPro and the file size was 500MB, the LRV file size might be around 20MB. So, overall, if you want to transfer wirelessly from video on your mobile, LRV is a faster and more manageable option.

Now you have a better understanding of the GoPro file format and how to use them. Remember to choose a file format according to your video quality requirements.

You can also determine if you need a converter for your filmed videos. However, you can rapidly and effortlessly change your video file extension for use on any device or editing tool with the correct converter software.