How to Convert LRV File to MP4?

If you have ever recorded a video or taken a photo on your GoPro, you might have noticed some extra files like LRV, WAV, THM additionally along with your MP4 video file format.

"Does anyone know the method to convert lrv file to mp4 online? Yes, you heard me right! I am doing a project and watching the video on my camera's screen, and I need to convert the file extension. Not sure if it's possible, but I would be so happy if anybody can help me out with this."

Do you encounter the same problem? If yes, don't worry, this guide is for you! In the post, we have provided our readers with a brief introduction to LRV files and how to convert lrv to mp4 files with converter software.

Part 1: What Is the GoPro LRV File?

If you have used GoPro to make your travel videos, you will find different file formats where LRV is one of them. LRV file extension is the abbreviation for the low-resolution video, used as video preview in GoPro camera and created in MPEG-4 video format.

This file is not a bug, but it is generated when you play the video on the GoPro mobile app. LRV video is recorded at a rate of 240p at 29.97 per second frames, regardless of the camera's settings.

Why use the LRV file instead of the original MP4 file? The answer is that the original MP4 video you shoot on GoPro has a large file size, while LRV files have a low resolution with small file size. So, this is the best choice for using LRV files, and they offer faster playback in the GoPro app.

For instance, if you shot a video with a GoPro and the file size was 500MB, the LRV file size might be around 20MB. So, overall, if you want to transfer wirelessly from video on your mobile, LRV is a faster and more manageable option.

However, LRV files are comparatively smaller than MP4 files. Thus, this format can reduce computing power consumption, hence upsurges the swiftness of the editing recording and procedure.

Part 2: How to Open LRV Files?

With GoPro mobile apps, it's easy to open and watch the videos in LRV files. But how to open LRV files on Windows, Mac, Linux after downloading the files from the camera to the computer? If you are required to execute an LRV file, rename the file extension LRV as MP4. It is better to save that file with the same term as the original film file. Otherwise, it may overwrite your HD video.

After the name change, you can view and play LRV files using VLC Media Player, Microsoft Windows Media Player, Apple iMovie, 5KPlayer, or any other program that can play MP4 files.

But there are chances where you might be unable to open or operate the LRV file. For example, it can be due to:

If you are certain that none of the mentioned problems exist in your case or it has already been eradicated, the LRV file should open and cooperate with your software without any problem. But if you come across an error message or corrupted video files issue, you can fix it with Wondershare Repairit Video Repair. It is a robust video repair software specifically intended to overhaul corrupt/damaged GoPro video files. Here are the features of this tool:

Download and start the Recoverit Video Repair tool on your device. Then, press the "+ Add" button to stack damaged GoPro film files.

Next, click on the "Repair" button to start scanning and repairing the corrupted video file.

You can also use the "Advance Repair" option in case of severely corrupted videos.

Step 3. Preview and Save the videos

Part 3: How to Convert LRV Files to MP4?

Open the "File Explorer," then click the "View" tab. Mark check on the "File name extensions" box. The result will be easily visible.

If you still cannot play the renamed GoPro MP4 file, chances are the file is broken. However, you can try the lrv file converter tool to change LRV files to MP4 or other video formats. Here are the steps to use it:

First, download the software for free and install the converter on your system. Now open the "Converter" and click on the "+ Add Files" button to import the LRV file into the converter. 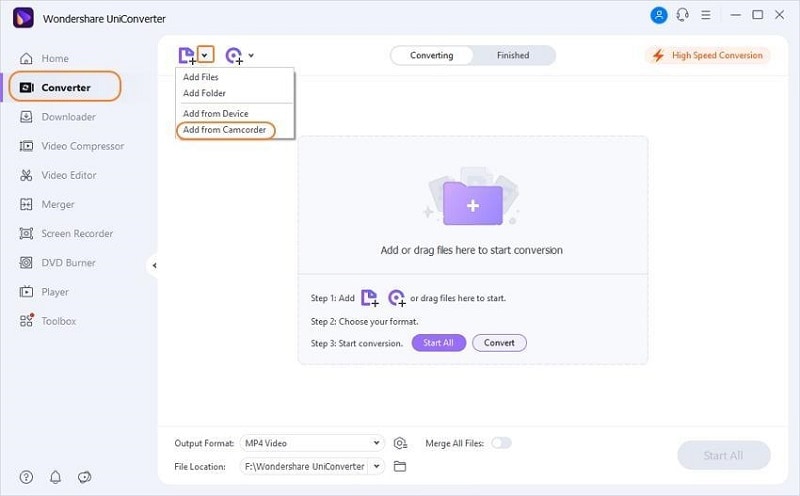 Click on the format image from the below workspace, and you should see all the available profiles. Next, select your preferred output format. 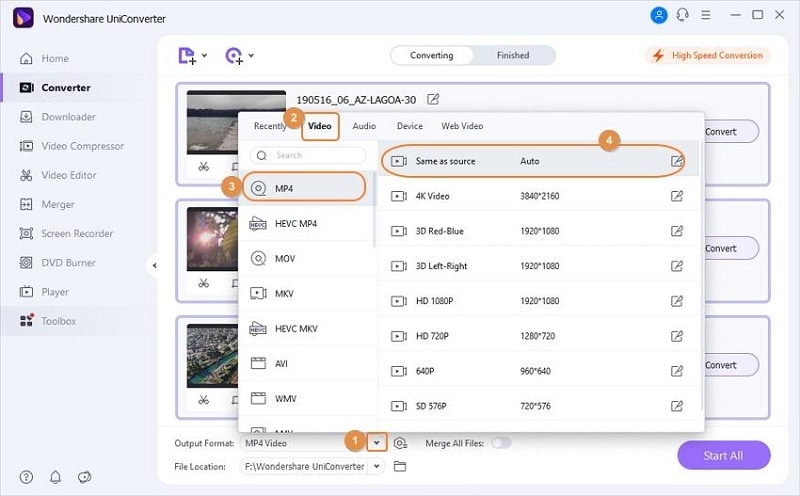 When everything is ready, hit the "Convert" button to start the conversion. 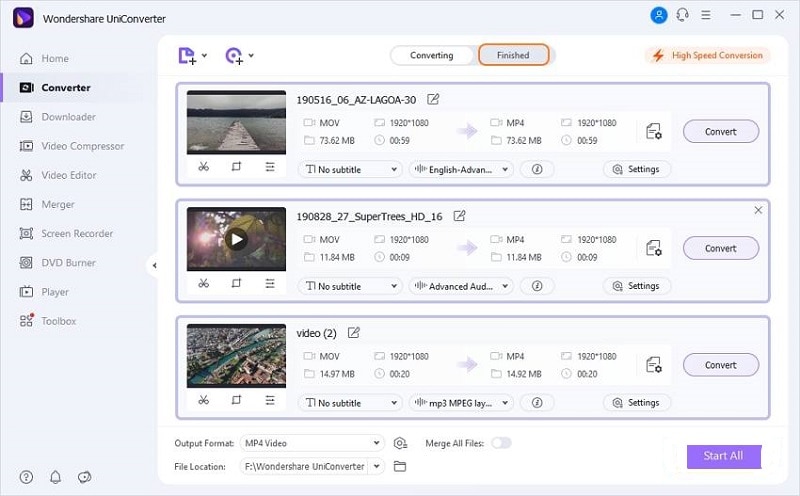 Part 4: Can I Delete LRV Files In GoPro?

Yes, you can delete LRV files in GoPro because storing them on your system is just a waste of space. Moreover, they have no connection with the originally filmed MP4 file.

LRV files are only used in the GoPro mobile app and do not contain important information beyond the MP4 file or photo you shot.

So, once your video recording and transfer to your computer are complete, delete them. Then, it will not lose any files.

Now you may have a better knowledge of LRV files format and lrv file converter. If you desire to play the LRV file, change the name to .mp4 and view it in the video player program. You don't have to store your LRV video with a similar term as your original film. Otherwise, you might overwrite your HD video.

But like any other device, videos and photos on GoPro cameras can get deleted, lost, or corrupted by mistake. In such cases, try to use professional video repair software.